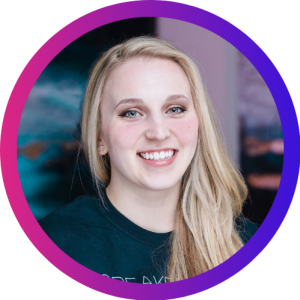 In the last SpeakerFlow blog, we broke down seven of the most important things to consider when hiring a speaker agent. However, there was one topic we didn’t discuss in detail, largely because we thought it deserved its own blog: the cost. Whether you’re considering agents from a speakers bureau or an independent firm, it’s no secret that in order for someone else to handle your sales process, it won’t necessarily be easy on your wallet. That said, when it comes to data surrounding speaker agents and their fees, there isn’t a huge amount of data to be found, and the sources that are out there can give wildly different estimates of the cost.

In light of these challenges and the huge benefits of hiring a speaker agent, we’re here to clear up those discrepancies once and for all. Here, I’ll break down the differences between being represented by an agent a speakers bureau and being represented by an independent sales representative (ISR). I’ll also cover, in detail, the recommended commission percentage for an ISR and how it compares to the standard bureau commission rate. That way, no matter which route you prioritize, you’ll be on your way to greater sales and profitability in no time.

How much does a speaker agent cost through an independent business?

First, let’s look at the speaker agent fees for an independent sales rep. In “Agents For Speakers: 7 Things You Need To Know,” we broke down the two basic costs of hiring an ISR. First is their base pay. Generally, base pay for an independent salesperson ranges from $2,000-$3,000 per month. Although this may seem low, this is largely because an ISR can make more than double this in commission on top of their base pay. It’s also important to note that, depending on the experience level and reputation level  of the ISR you hire, they may fall closer to one end of this range than the other. When our CRO, Max Warren, sold for speakers in the past, for example, he fell closer to the $3,000 end of the pay scale because of his 20+ years of sales experience. Simple, right?

That brings me to the second part of independent speaker agent fees: commission. Generally, the most common rate for ISR commission is around 10%. That means, for every sale that your ISR makes, they’re rewarded with 10% of the value of that sale. For example, if they sell a gig for $12,500, their commission would be $1,250. Provided they’re a skilled salesperson, an ISR’s commission can add up to a decent chunk of change at the end of each month! However, as your ISR performs well for you, make sure to compensate them accordingly. Experienced ISRs, as recommended by our sales expert, Max, generally deserve 15-20% commission. That way, because they’re closing bigger deals for you and making sales consistently, they know you value their skills. Plus, the better you reward them, the lower the chance another speaker will try to steal them for their own speaking business.

Pros & Cons of Hiring Through an Independent Business

Overall, there are several advantages to hiring an ISR. For one thing, the base pay for an ISR is easily affordable. At SpeakerFlow, we don’t even recommend considering speaker agents or their fees until you are charging at least $10,000 per gig. That way, the base pay for your agent will be less than half of your payout from each gig. Additionally, hiring a skilled ISR means more bookings each month and, with more experience, the ability to charge more for each gig. You also gain a team member that, provided you treat them well, will be eager to grow with you and your speaking business, even if you’re just at that $10,000/gig threshold for the time being.

On the flip side, there are a few disadvantages of hiring an ISR. For one thing, if you haven’t mastered sales yourself before hiring one, it’s going to be a lost cause. It’s a harsh reality, but if you don’t have your sales process and materials well in hand yourself, you won’t be able to effectively hand them off to another person. As we touched on in the last section, there’s also always the chance that, if you hire an exceptionally talented ISR, a more well-known speaker will make them an offer. Again, you can always reduce these chances by compensating your agent well, awarding them with bonuses for exceptional sales, and treating them well (obviously). 🙂

How much does a speaker agent cost through a bureau?

The alternative to hiring an independent agent is to go through a speakers bureau. Speaker agent fees, when working with bureau agents are like those for an ISR only where commission is concerned. While you owe the bureau agent a percentage of the sale they made, just as you would with an ISR, the bureau pays their base pay. Generally, the commission percentage, when you’re represented by a bureau, is between 25-30%. Looking back at our previous example, that means, when you are booked for a $12,500 gig through a bureau rather than an ISR, you owe the bureau a $3,125-$3 750 cut.

Additionally, although most bureaus don’t require this, some speakers bureaus do request a fee before agreeing to represent you. This is partly to cover their own speaker agent fees, so they can employ salespeople. However, it’s also designed to weed out speakers with low sales, looking for a bureau to solve their problems. As our sals expert, Max, likes to say, “Bureaus want to bet on a winning horse.” In other words, if you charge less than $15,000-$20,000 per gig, you’ll be less appealing to larger bureaus, such as Premier Speakers Bureau and Keppler Speakers.

Pros & Cons of Hiring Through a Speakers Bureau

That said, there are several advantages to being represented by a speakers bureau. For one thing, speaker agent fees are well worth the cost when you don’t have to do any of the lead-hunting yourself. In many cases, bureau agents also have their own sales process. Because of this, you not only save the time it takes to find leads. Compared to working with an ISR, you also save the time it would take to train an independent agent. In fact, in a way, all you have to do is supply the biographical, branding, and speech material your bureau rep needs, and you’ll be good to go.

However, this lack of required work also has a dark side, as by putting your sales in the hands of a bureau, you also lose some of the control. Unlike when working with ISRs, speaker agent fees through a bureau can be steep and are generally set by the bureau. That means, although you don’t have to handle the hiring process for the agents selling for you, you also don’t have a say in their commission percentage or any changes to bureau policy. Additionally, because bureaus represent a wide range of speakers with a wide range of fees, there can be favoritism for speakers that charge more per gig. After all, a bigger sale means more commission for the agent that made it. This definitely isn’t always the case but, like the risk of losing a talented ISR, it’s a risk to keep in mind.

Do I need to hire an agent for speakers?

So, what is the best route to take, when choosing which speaker agent fees are worth it? Across the speaking industry, depending on who you ask, you’ll hear a ton of different answers to this question. Some speakers prefer keeping their team tight-knit and hiring ISRs. Others would rather work with bureaus and not have a team. Some do both!

Ultimately, hiring an agent for speakers depends on the maturity of your speaking business, your own sales skills, and personal preference. Generally, we recommend waiting to bite the bullet on speaker agent fees – through an independent business or a bureau – until you’ve mastered sales yourself. If you’re able to build a firm foundation and outline your focus industries, sales methods, key connections, and brand attributes, the easier it will be for you to explain to someone else. From there, as you’re able to hire more sales or support team members, the higher your business (i.e. human pyramid) will grow!

So, in your own speaking business, focus first on mastering your processes yourself. Then, feel free to start the search for an agent! Until then, if you have any questions (or if you’re already there and need a hand), just drop us a line! We’re all about sharing resources and mastering sales, here at SpeakerFlow, and we’d love to have you in our corner, too. 😊

To learn more about hiring a speaker agent or about speaker agent fees, check out our companion blogs, “Agents For Speakers: 7 Things You Need To Know” and “The 5 Crucial Things To Look For When Hiring A Speaking Agent,” or shoot us an email at [email protected]

Stay in the flow with the latest operations, sales, and marketing tips, tricks, and news for professional speakers

Subscribe on Slack
Subscribe on Messenger
PrevPreviousAgents For Speakers: 7 Things You Need To Know
Next5 Key Components Of The Perfect Promise StatementNext

Blogs Specifically for You How To Become A Public Speaker: The Beginner’s Guide How You Can Make Over $100K By Fixing One Thing